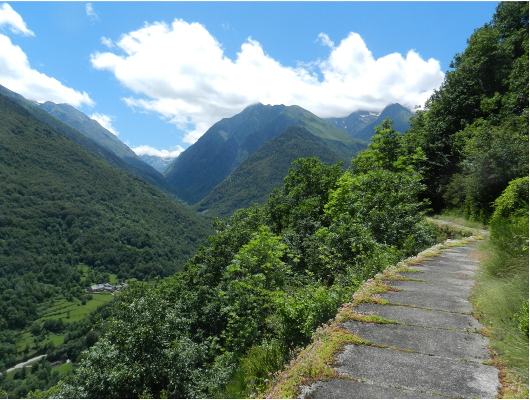 In memory of Professor Stephen Kellert

“With the passing of Stephen Kellert, we have lost a towering contributor to the fields of social ecology and environment-behavior studies. Stephen’s scholarly contributions are widely heralded in both academic and non-academic circles. His conception of biophilia and sustainable design are among his foremost scholarly contributions. Stephen also was a visionary academic leader who helped build the highly respected and influential Social Ecology Program in the School of Forestry and Environmental Studies at Yale University. But just as important as Stephen’s scholarly and administrative contributions were his personal qualities of kindness, grace, and dedication to excellence as a mentor and classroom instructor. Stephen is fondly remembered and revered by his colleagues and students as an extremely kind and caring person. In this era of brusqueness and incivility, Stephen stood out as a role model of kindness and good will toward others. As a fellow traveller in the fields of social ecology and environmental psychology, I will always remember Stephen for his invaluable contributions to scholarship and societal improvement, and for his exemplary personal qualities as well.”

We look forward to members meeting up at these various conferences. Please let us know of any other events that would interest fellow members, and if you would like to advertise a call for contributions to a symposium using our website and twitter.

If you have recently published and would like this added to the iapsREN library and communicated in the next letter, please email us.

Psychological effects of nature and biodiversity on human health and well-being
Deadline: 6th February
Description: This is a session chaired by Dr Dorte Martens for the European Conference on Biodiversity and Climate Change. She welcomes for people to contribute related works to this session to join her in Bonn at the conference.

Landscapes and Human Health
Deadline: 31st May
Description: There is a special edition in the International Journal of Environmental Research and Public Health on Landscape and Human Health with guest editors Professor William Sullivan and Professor Chun-Yen Chang. This Special Issue is open to papers on the impacts of exposure to urban nature on public health that answer a number of pressing questions that can be broadly summarised as questions concerning: 1) exposure to nature in built settings; 2) the health outcomes of such exposure; 3) who benefits from various forms of exposure to nearby nature; and 4) understanding the impact of ecologically healthy landscapes on human health and well-being. For further information and the submission process, please check their website.

The two potentially fully-funded PhD studentships listed below are with the Centre of Excellence in Sustainable Building Design at Heriot-Watt University. For further information please see the website and contact the relevant primary supervisors.

Designing micro-restorative environments for healthcare professionals
Deadline: 10th February 2017
Location: Edinburgh UK.
Description: This PhD will examine the design of internal and nearby external environments for healthcare professionals such as GPs, doctors, social care workers. It will explore their perceptions on seeking and finding restorative opportunities at work, establishing their coping mechanisms, and essentially where they go, or want to go, to restore. The research will predominantly involve qualitative methodologies to seek a fuller understanding of the issues, although some quantitative aspects may also be suitable. For example, depending on the candidate, experiments exploring the audio-visual impact of different designs within a healthcare context in enabling micro-restoration may be of interest. The outcomes will extend psychological restoration research and contribute to the design of ‘healthy buildings’ for those who help keep us healthy. The successful candidate will be supervised by Dr Sarah Payne.

Biophilic Design: The future of Green in extreme climates
Deadline: 10th February 2017
Location: Dubai, UAE.
The PhD will explore the positive impacts of Biophilic design in the context of Dubai that faces extreme weather in the summer with temperatures reaching 50 degree centigrade. The study will evidence the importance of human-nature connection in design research and design practice as Dubai continues to grow and urbanize with UAEs national agenda to house four times more population. These patterns of biophilia will further strengthen UAEs commitment to sustainable and innovative practices as it hosts Expo 2020 aiding developers, planners, urban designers, landscape architects, architects and interior designers. This connection of nature (that is not an afterthought) with the built form and spaces around will enhance the lives of the users, leading to a happier effective community.

Please let us know if you have any related jobs to advertise in the next newsletter and/or on the website. Keep a close eye on the website and twitter as this will display the most up to date information, including vacancies that arise in-between newsletters.

Would you be interested in working in a different academic discipline or applied environment to learn new concepts and approaches, or in hosting a researcher for a placement? Researchers are invited to apply to work for up to four months on Valuing Nature topics in a new disciplinary, institutional or applied setting. £130k is available to support the placements. The placements support the Valuing Nature Programme’s aim of building an interdisciplinary research community capable of working across the natural, biological and social sciences and arts and humanities, and to link researchers to businesses, policymakers and practitioners. Full details and applications forms are available here. They are also looking for offers to host placements via our offers page.

Congratulations to Dr Deborah Cracknell, who passed her doctoral viva in October 2016. Deb’s doctorate in Psychology was completed at the School of Psychology, Faculty of Health and Human Sciences, Plymouth University, UK.

The title of the thesis is “The Restorative Potential of Public Aquariums: Psychological and Physiological Effects of Viewing Sub-Aquatic Environments”. The PhD had two main aims. First, to investigate how public aquariums (containing ‘managed’ nature), compare with more natural restorative environments (e.g. green space) on measures such as aesthetic preference and restorative potential. Second, to explore how the marine life within different aquarium exhibits (i.e. the abundance of individuals and species richness) influenced human health and well-being outcomes. Public aquariums were found to be at least as potentially restorative as green space and health outcomes tended to be greater when participants were exposed to exhibits containing greater numbers of individuals and, to a lesser extent, higher species richness.

If you have any congratulatory restoration related news please get in touch.

Terry Hartig, Professor at Uppsala University, took this opportunity to reflect: “The first photo (top left) shows the marker for the eastern end of the GR10, a long distance trail that traverses the northern slopes of the Pyrenees between the Bay of Biscaye and the Côte Vermeille. I walked the GR10 in three segments, starting the first in the Basque town of Hendaye in late June of 2013 and finishing the last in Banyuls sur Mer at the end of July last year. I have a long standing interest in long walks and have completed several of them since I was in my late teens. The long distance trails enable a different kind of immersion in landscape that inevitably has cultural as well as natural components – not least the trail itself.  Like the classic north-south running long distance trails in the USA – the Appalachian Trail, Pacific Crest Trail, and Continental Divide Trail – the GR10 orients to a particular dominant feature of the natural landscape, the Pyrenees. To a far greater extent than the American trails, the GR10 passes through areas that, although natural appearing, are shot through with signs of long-standing human presence and economic activity, from farming and animal husbandry through mining and the generation of electricity. (What appears to be a sidewalk in the second photo [top right] is in fact the cover placed on an old aqueduct.)  I passed through many abandoned villages along the way, stone buildings gradually breaking apart and disappearing under trees and vegetation, a reminder of just how quickly and inexorably natural processes reassert themselves where people had previously imposed their order. As you can see, then, the long walks allow not only for immersion in landscape but also immersion in thoughts. The long walks have afforded rich opportunities for reflection, fruits of which I have been able to bring back to my work on nature experience and restorative environments. I would eventually like to complete a more idiographic study that captures some of this experience, with a view not only to the unfolding of experience over the weeks and months of a long walk but also to the meanings that long walks can have at different stages in the life course. For the foreseeable future, however, I will stay busy providing support on projects with thoughtful colleagues in a number of places.  I’ll mention just two here. One, with Maria Johansson in Lund, focuses on the potential constraint of restoration in Swedish rural areas by the presence of large and dangerous animals – wolves and wild boars. A second project, with Pall Lindal, concerns the use of virtual reality to represent restorative environmental design alternatives for future residential settings under different urban densification scenarios, with a particular area of Reykjavik serving as a test case in one of the studies.

Before closing, I just wanted to acknowledge with respect and appreciation the contributions to our field of two colleagues who set off down a still uncharted trail during 2016. I had the good fortune to meet and work with both Stephen Kellert and Art Stamps, and though different in many ways, they were similar in their generosity of spirit and intellectual curiosity. I enjoyed and learned from both of them, and I will miss them.”

Find out more about Terry Hartig’s research on his webpages here.

Please share your favourite photos and have them and you featured in future newsletters. Send your landscape oriented photos and information via email.

You can contact the iapsREN Convening Committee via the following emails: