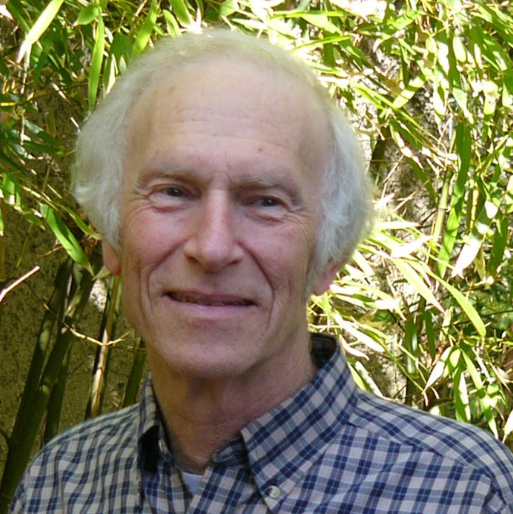 In Memory of Professor Stephen Kaplan

by Professor Terry HartigStephen Kaplan died July 16, in the company of his wife Rachel and their son Abram. His death followed an extended period of residence in a memory care facility, where he had gone to live after Alzheimer’s disease made it too difficult for him to remain at home. In Abram’s words, “he left this world in much the same way he occupied it, peacefully and gently.” He was 82 years old.Newly wedded, Steve and Rachel had moved to Ann Arbor in 1957 to pursue graduate studies at the University of Michigan. They stayed there, became parents, faculty members, and in other ways active participants in the community. Fittingly, then, on July 25 a celebration of Steve’s life was held on the campus of the university, at the Michigan League, in a large room filled with people. Some stood to speak and share memories of the man – as father, husband, teacher, scientist, and more. Although a solemn occasion, the stories told often brought smiles and laughter; fond recollections of occasions that revealed Steve’s sensitivity, intelligence, particularities, and personal warmth. Many of the stories related how he had profoundly affected the life of the teller. And many of them acknowledged how he had partnered with Rachel in so many ways through their many years together.In sharing my own story of how Steve and Rachel contributed to my development as a scholar, I took pleasure in referring to the IAPS meeting in Rome, noting that it marked the 10th anniversary of the Restorative Environments Network. I also spoke of a tradition in which we work. Studying the experience of the environment, including restorative experience and the experience of nature, we proceed with curiosity and an open-mind, though not without healthy skepticism; we seek to advance theoretical and methodological rigor, the better to inform wise applications in the service of people, other life, and the habitat we share.I drove out to Ann Arbor for the celebration with Tom Herzog, one of Steve’s first graduate students, and along the way we considered one after another topic through the lens of attention restoration theory, such as addictive behavior. We both rued the fact that we could no longer discuss such matters with Steve. As my friend and long-time collaborator Henk Staats put it, he had “monumental importance for the field”. This assessment holds for environmental psychology generally as well as the study of restorative environments more specifically. Those he influenced went on to influence others, and many more were also indirectly influenced solely by what he wrote. That influence will continue. As I stated in my keynote address in Rome, Steve and Rachel’s attention restoration theory still has tremendous heuristic value. It invites challenge, and opens for many questions worthy of our attention.The picture that accompanies this text was chosen by Rachel and Abram for the celebration program.

The 25th bi-annual IAPS conference took place in Rome, Italy, on 8-13 July 2018. Restorative environments research was presented at eight different panel sessions/symposia over the week. It was great to see this topic flourishing, especially through the work of so many early career researchers, and we look forward to seeing you all again soon.

Over the summer, the structure of the iapsREN committee underwent some changes. We say goodbye to Carlos Galán-Díaz and Sarah Payne, who have contributed a great deal to the formation and development of the network. Sarah has now been elected as Treasurer of the IAPS Board. Thank you, Carlos and Sarah, for your hard work over the last 10 years! Ellie Ratcliffe now joins Femke Beute and Kayleigh Wyles as co-convenor of iapsREN.

We look forward to members meeting up at these various conferences. Please let us know of any other events that would interest fellow members, and if you would like to advertise a call for contributions to a symposium using our website and twitter.

If you have recently published and would like this added to the iapsREN library and communicated in the next letter, please email us.

Social Scientist Fixed Term Appointment for 9 months from January 2019
Deadline: 17 October 2018
Location: UK (Farnham, South East; Roslin, Midlothian; Bristol; or Wales)
Description: The post holder will carry out research to contribute to the understanding of the relationships between forestry and society and the socio-economic factors that can influence sustainable forest management and the decisions of land managers and publics. The post holder will be a member of the Social and Economic Research Group, within the Centre for Ecosystems, Society and Biosecurity (CESB) – one of three thematic centres within Forest Research. The Centre leads FR’s research into biosecurity threats, ecosystem robustness and resilience, land use and ecosystem services, and the ways in which society values trees. Programmes within the Centre focus strongly on interdisciplinary research, using the mix of disciplines within FR to address some of the many complex social and environmental problems facing those concerned with Britain’s trees woods and forests.

Congratulations to Dr. Anna Bornioli, who passed her doctoral viva in November 2017. Her doctorate in Geography was completed at the Department of Geography and Environmental Management, University of the West of England, Bristol, United Kingdom.

Anna’s PhD thesis, “The influence of city centre environments on the affective walking experience”, explored whether and how walking in urban environments can support affect and restoration. The theoretical framework combined psychology literature on environmental affect and restoration, and the conceptualisation of place from human geography. Findings showed that walking in built, traffic-free areas can be perceived positively, as opposed to walks in commercial areas with traffic. Engagement with place was found to support a positive affective and restorative experience. Personal associations, engagement with urban identity, and sense of community were of particular importance. The PhD thesis is available from: http://eprints.uwe.ac.uk/33016.

You can contact the iapsREN Convening Committee via the following emails: